Reginald Appleyard began the development of the Ixworth breed in the village of Ixworth in Suffolk and finally finished in 1939 when the breed made its first appearance. He is the same gentleman who developed the Silver Appleyard duck. The idea was to create a breed, which was a quickly maturing table breed, which also produced a good number of eggs. He used the White Old English Game, Jubilee Indian Game, White Sussex, White Orpington and White Minorca to create this new breed and the combination has produced a fine white skinned, broad-breasted bird for the table. It is another very rare breed, which almost disappeared between 1950 and 1970 and now has a much bigger following in the Shropshire area but is still at a critical level. The plumage is always white and the birds possess a pea comb, orange to red eyes, pinky-white legs and beak. They are only slightly behind the Light Sussex in egg production and egg weight. A bantam version appeared in 1938 but has subsequently all but disappeared.

The Ixworth is well suited to free ranging. The male weighs around 9lbs and the female 7lbs. Hens do tend towards broodiness. 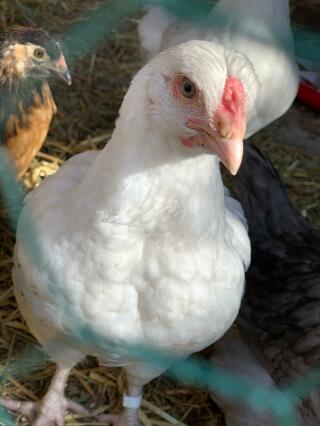 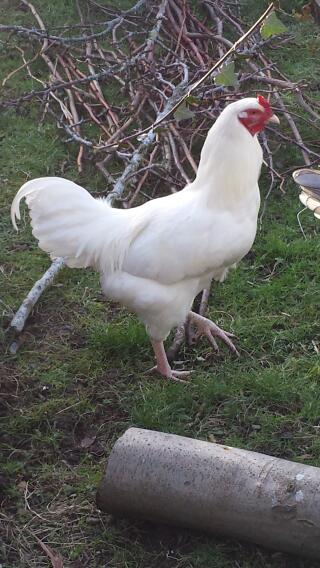 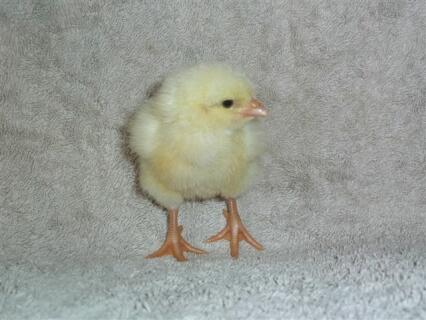 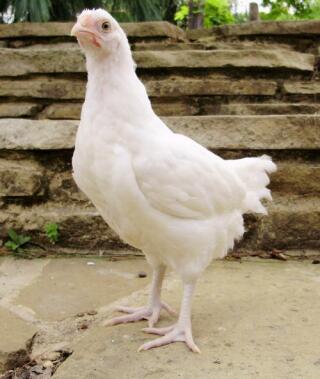 Please note: All chickens listed here are for collection only. They cannot be delivered by the seller or by Omlet. The seller will send you their contact details to arrange payment and collection.

Sorry, there are currently no Ixworth listed for Sale

Latest Reviews For Ixworth (5 of 8)

Based on 8 Verified Reviews

I hatched 16 chicks last year, 2013. They were handled daily and are very friendly They enjoy free ranging but if they are confined to their run they seem happy The cockerels are a nice temperament, no aggression Would recommend them. They look beautiful, they are white, like fresh snow

I have kept ixworths for three years. friendly (if handled) quiet birds who lay well - light tint egg (not brown). i like the white look and pea comb they just look so clean cut - nothing fancy. Good foragers and easy to keep. I have had no problems with them and they are very hardy. As a meat bird I have to say they are great - taste and texture are excellent. I would recommend to anyone looking for a dual purpose bird. Just get them from a good breeder with large healthy stock and you shouldnt go wrong.

I recently acquired 3 Ixworths and have since had to pass them on due to aggressive behaviour by them all. This might have been a one off but the other 8 hens i got settled very well with no problems. The story could have been different if they were in a larger free range area, and it didn't stop all 3 laying some nice eggs on day one, so don't be put off by the breed because as i say it may have been a one off.

These hens have been excellent. Survived an exceptionally cold winter (a week at -18'C) in good health before beginning to lay in mid march. Both hens were managing 3 eggs in 4 days before one went broody, broody now sitting well on 15 eggs so fingers crossed.

Ixworth fowl I believe are perhaps rather under-rated as egg producers. My birds lay around 5/7 days of the week, a good medium sized very pale tinted egg. They free range exceedlingly well, and will forage most of their food if given the chance. This property also makes them slightly less garden friendly than some other breeds. The breed is very hardy, starting with at the chick stage. As growers and adults they would rather be outside in the rain than cooped up in the house. As table birds, they are not a fast maturing as hybrids. 25-28 weeks will bring a good oven-ready bird of 6lb upwards (if from a srping hatch)...but the flavour and the texture really are unsupassed (IMHO) by anything else I have tried The roosters are good natured fellows, and will quite happily be enclosed together until this age (as long as there are no hens in the run)