Who Rules the Roost?


Ever hear of the term the ‘pecking order’? Well, this common phrase was probably initiated by someone who kept chickens, as you will see if you keep your own. In many animal groups, there are social structures known as hierarchies. Each chook has a specific social ranking. They are charge of some birds, and under the influence of others. In chickens, establishing a pecking order is an important biological process – the activities of the flock will run much more smoothly if it’s clear which birds are in charge. Sorting out the pecking order as soon as they meet will allow them to get on better in the long run.

Although an unpleasant experience, sorting out a pecking order is necessary for a harmonious flock


Watching your birds figure out who’s boss can be a pretty unpleasant experience, but the whole process is unlikely to last long. Most owners report that it takes between three days and two weeks to sort out, but you will need to watch your new animals carefully during this time and step in if you think your birds are being excessively aggressive. If one of your birds has had blood drawn, you may need to separate them from the flock on a temporary basis, as her coopmates are likley to peck at the wound. Usually, it's best to remove the bird who is being aggressive, as separating a victim is likely to lead to even more bullying when she is returned to the flock. However, if her injury is being made worse, she needs to be separated.

Another thing to watch out for is if some of your birds are being prevented access to food, water, shelter or shade. If a dominant bird isn't allowing subordinates access to these resource, then you will need to take steps to remedy this, such as putting out resources in multiple locations. 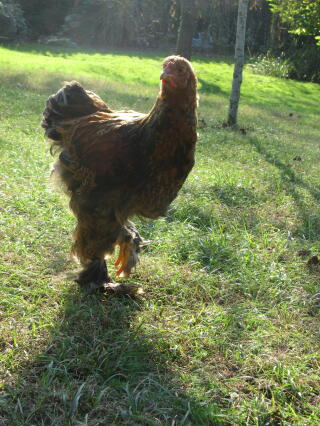 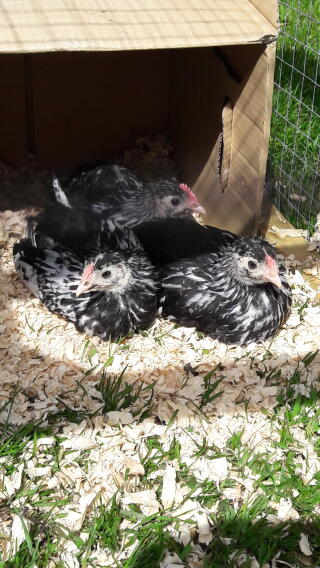 Interesting information on the history of chickens. Thank you.

We had two hens and introduced two more. It was awful. The first two tormented the new ones, wouldn't let them eat or drink and chased them around the run. We thought that we had made a terrible mistake until the third day when everything suddenly settled down. They now live together peacefully and seem to be thriving.

Help, I have two warrens 1year old. I introduced two more warrens at POL and it's like a war zone. The old ones won't let the new ones out of the roost, but are happy to sleep with them. One of the new birds has had some plucked neck feathers, but no blood just a bald patch. Currently have new girls in usual area and old birds in run adjacent. How long before I can try introducing them again? Do I wait until they are indifferent to each other?

Our oringinal 2 pepperpots were 12 months old when we added 2 newcomers, they were very agressive to these and we had to separate them during the day and only put them together when rootsting.this went on for over 2 weeks and we were just about to give up having tried various sprays etc. Then suddenly everyting was calm and pecking order was in place! The now all get on fine.