Unlike many other animals that we keep as pets, chickens are often able to cope relatively well with dogs and cats. Although larger pets can terrify smaller animals such as guinea pigs and rabbits, with proper introductions and monitoring, your other pets’ relationships with chickens aren't likely to be as fraught. Chickens can be very feisty animals, and the larger varieties are less likely to be picked on by cats.


Whilst chickens may have less of a problem with cats and dogs than other pets, there are still a few things it is important for chicken owners to bear in mind.


First, it’s important to understand that, whilst chickens can cope better with cats and dogs, this trend varies both by breed and by individual chicken. For example, some smaller breeds may have be a little more vulnerable to dogs and cats, whilst larger breeds may be a little more confident and less at risk.


Introductions should be attempted gradually over the course of a few weeks. During this time, t’s best to keep the other pets away so your chickens can settle in comfortably. When the time does finally come to introduce your pets (at a point at which your chickens feel settled and relaxed) you should to be around to supervise – you will need to be able to step in if your dog or cat makes any sudden movements towards your chickens.


Obviously, you know your pets better than we do, but it’s wise to be aware that even the friendliest dog or cat can do a chicken quite a lot of damage - even if they’re just intending to play! Only introduce larger animals to chickens when they are on a lead. Dogs will need to be able to understand what you mean when you say ‘leave it!’. Your pet will likely try to smell your new pets to try to understand them. Once you’ve introduced your dog to your new flock, remove them from each other, and reintroduce them again the following day. This time, secure all your chickens in your run and make sure your dog cannot attack them. Let your dog off its lead, and take one chicken out of the run. Carefully show it to your dog, and allow it to sniff it. If at any point your dog lunges for or tries to attack the chicken, then you will unfortunately need to keep your chickens in their run to protect them from your dog.

Happily, having cats and dogs around can sometimes make the course of hen ownership run a little more smoothly. Keeping chickens is a practise that frequently attracts some unwanted rodent visitors, which cats can deter. Some chicken owners suggest that their dog’s scent in their garden deters some would-be predators, such as foxes. 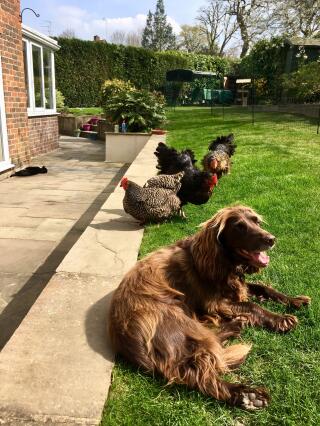 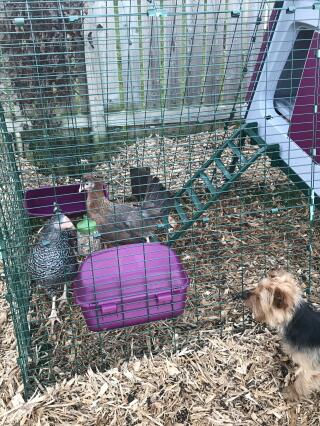 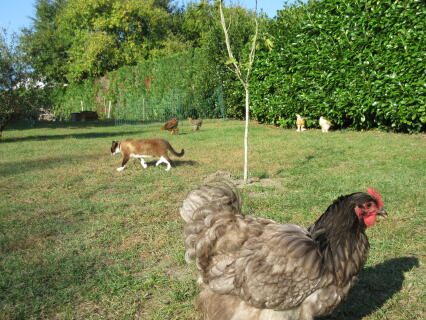 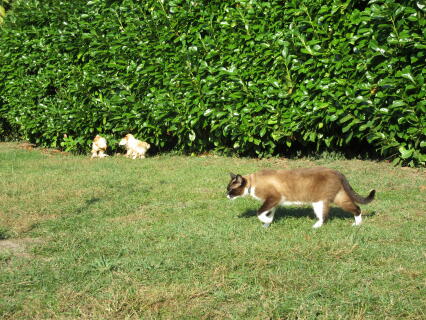 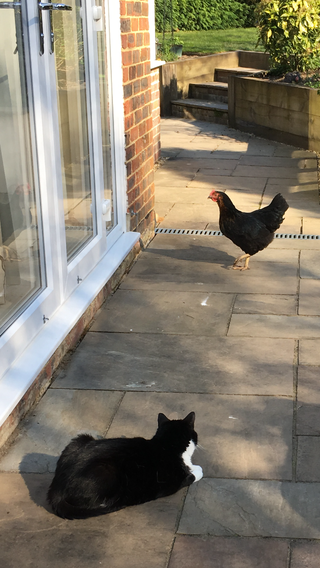 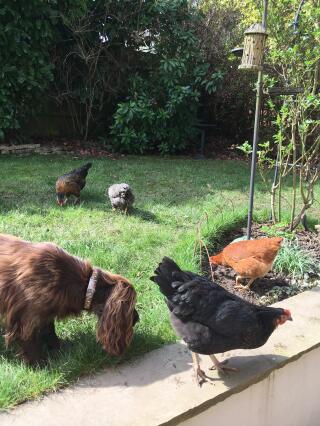 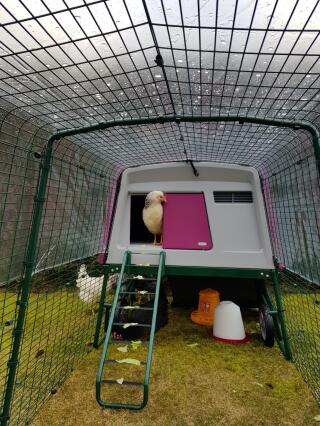 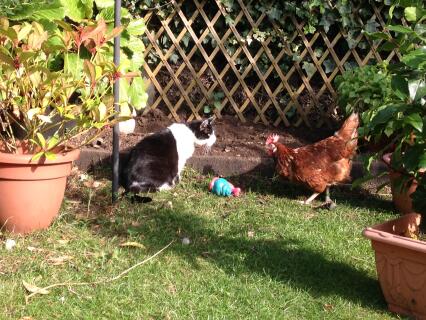 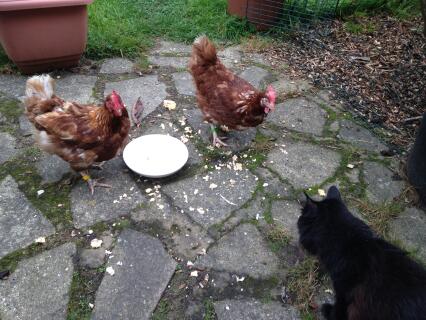 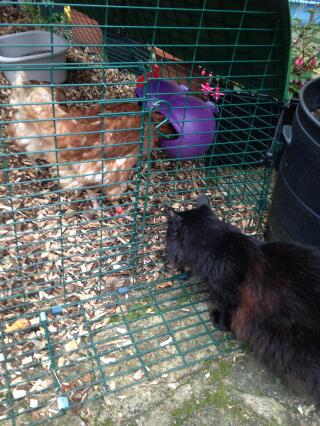 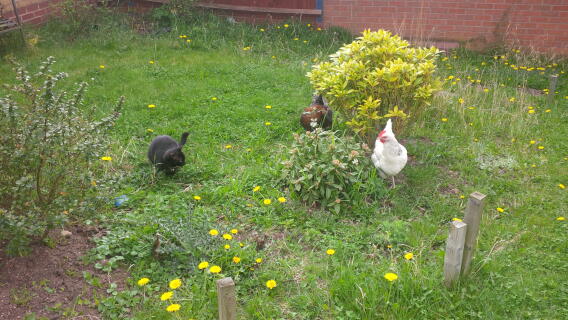 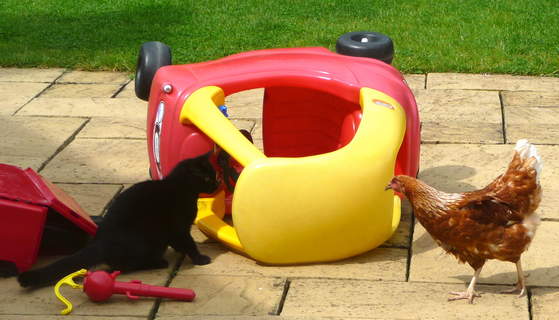 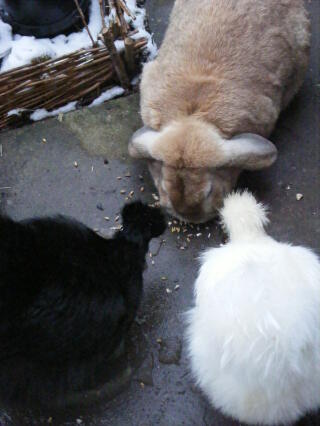 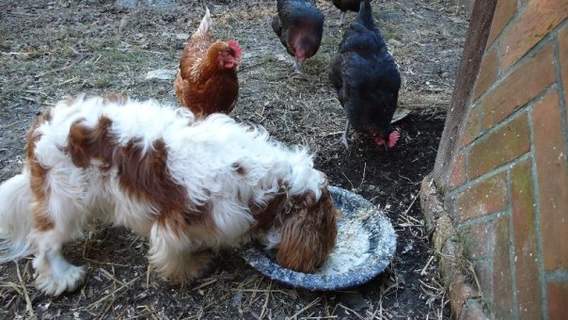 Hi there, has anyone had any experience of the hen hormone implant? Thanks in advance

I started out by putting a long string on my dog's collar and grabbing/stomping on it if he was getting too excited around the chickens (often because he loved sniffing their bums!) . Eventually, I saw that the chickens readily pecked him to ward him off and sometimes did this so violently that it was my dog who needed rescuing!!

Thank you for the advice I am adopting some chickens soon and I have a dog and cat so I needed the advice you are giving.