Do You Know a Campbell from a Runner?

It is well worth spending a bit of time acquainting yourself with the different breeds so that you can choose the right duck for your needs and your garden.

The first question you need to ask yourself is why am I getting ducks? Is it purely as a pet, for eggs, as a snail and slug deterrent or for meat? You may want to consider whether your neighbours will complain if you keep one of the more talkative breeds? Finally, you should consider how much space you can offer your ducks. How much dry land and water you have will determine how happy your ducks will be. There is a comprehensive list of breeds and their characteristics in the Omlet Breed Guide but below are some of the most common ducks.

Call Ducks
Call ducks are a small breed and have such a dainty proportions they almost look like toy ducks. Their name originates from the Dutch word 'kooi' meaning trap because they were used as a decoy to attract other ducks to the hunter's gun. Call ducks were very rare at the first half of the century but have recently become much more popular and now win more duck championships than any other breed. Call ducks are a good choice for the first time duck keeper or where space is limited because of their small size and gentle nature. However, the females are incredibly talkative which is a consideration if you have neighbours.

There are lots of varieties of Call duck. The ten standard colours are: Apricot, Bibbed, Black, Blue Fawn, Dark silver, Magpie, Mallard, Pied, Silver and White. They will lay on between 25 and 75 eggs per year.

Campbells
The Campbell was created by a certain Mrs Adele Campbell who lived in the village of Uley in Gloucester but no one is sure how it got its distinctive name. What we do know is that Mrs Campbell had mated her Mallard and Pencilled Runner to create a Khaki coloured duck that is a prolific egg layer. Around 200 eggs per year is normal but some of the best have laid over 300 eggs a year. They are reasonably quiet birds and make good pets, suited to a reasonably sized garden. Due to being bred with Runner ducks they have quite a vertical posture and are sometimes called \"Penguin Ducks\".

The Campbell comes in two main varieties, khaki and white, and is not a recognized variety in England. The original Campbell drakes had a dark green head, grey back, pale claret breast, black stern and white ring around the neck.

Indian Runners
These ducks are perhaps the closest thing you can get to a walking wine bottle, voted Omlets' favourite duck not because we like wine bottles but because they are so funny to watch running around. They are used by shepherds to train puppy sheep dogs because they act the same as a herd of sheep. Runner ducks lay between 150 and 300 eggs per year and aren't really a swimming duck so don't need very much water making them a good garden duck.

The standard varities include White, Black, Buff, Chocolate and Gray although there are a wide range of other non-standard colours available. 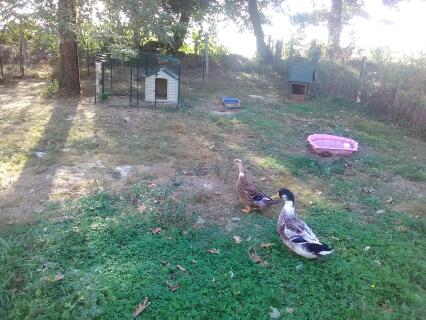 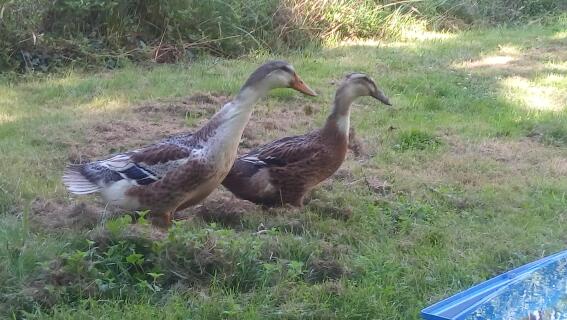 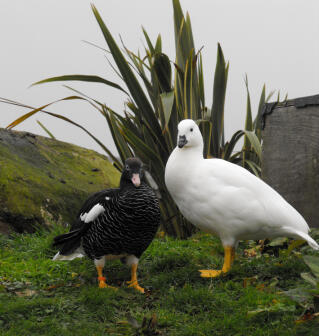 Am thinking of raising ducks. Your articles are very help full .

I have to agree with another writer on here, my Indian runners absolutely love the water and spend a lot of time on my pond feeding and washing.

Just wanted to add to the previous comment about Indian Runner Ducks not really being swimmers. Mine practically live in their pond from dawn till dusk, swimming, preening or just standing on a ledge. They really love their water.

Enjoying this site! Even though I have read many articles that say Indian Runner Ducks "Aren't really a swimming duck", my 3 Runners are in their small pond just as much, if not more than my other 3 ducks (Welsh Harlequin, Blue Swedish and Buff) All of them equally love to forage as well. Seeing how much they enjoy swimming and playing, not to mention making it easier for them to mate naturally, I can't imagine denying them this necessity even if it's just a large kiddy pool. It's a pleasure to watch ducks in the water!