The Muscovy was originally a wild bird from Central / South America and it is the only domesticated duck that is not derived from the Mallard. Muscovy\'s are non-migratory birds and like to roost in trees at night. The Muscovy was one of the first ducks to be domesticated but didn\'t come to the UK or North America until the Twentieth Century. It is thought that the Muscovy got its name from Muscovite Company which traded the ducks during the 1500s.

They are generally gentle birds unless the female is sitting or has a young brood. Muscovy drakes don\'t quack, but instead product a low hiss. The females only make a short, weak quack and this is what makes them the quietest of all the ducks. They can fly well and are good escape artists so they will need to be wing-clipped. They do not swim as much as other breeds because their oil glands are under developed. This means that they do not require a large source of water. The drakes can be quite large weighing 4.5 - 5.5 kg while the females weigh 2-3 kg. They also occasionally like eating some vermin and should not be kept with guinea pigs or rabbits. 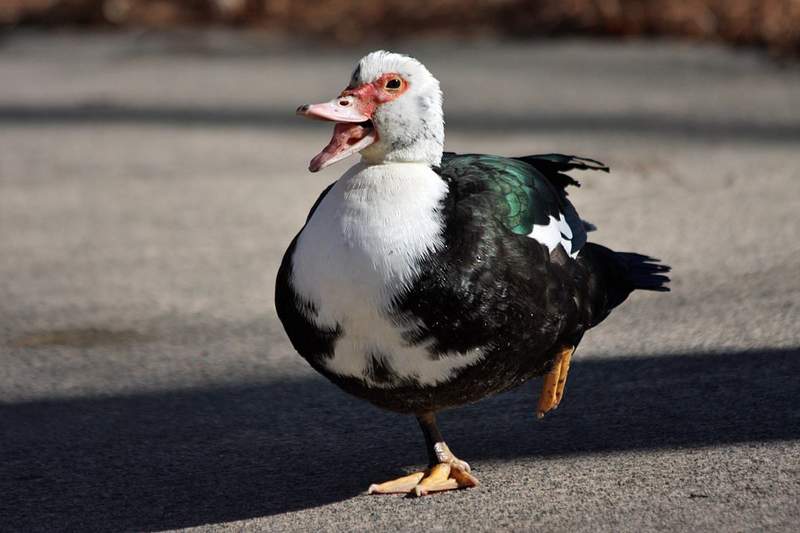 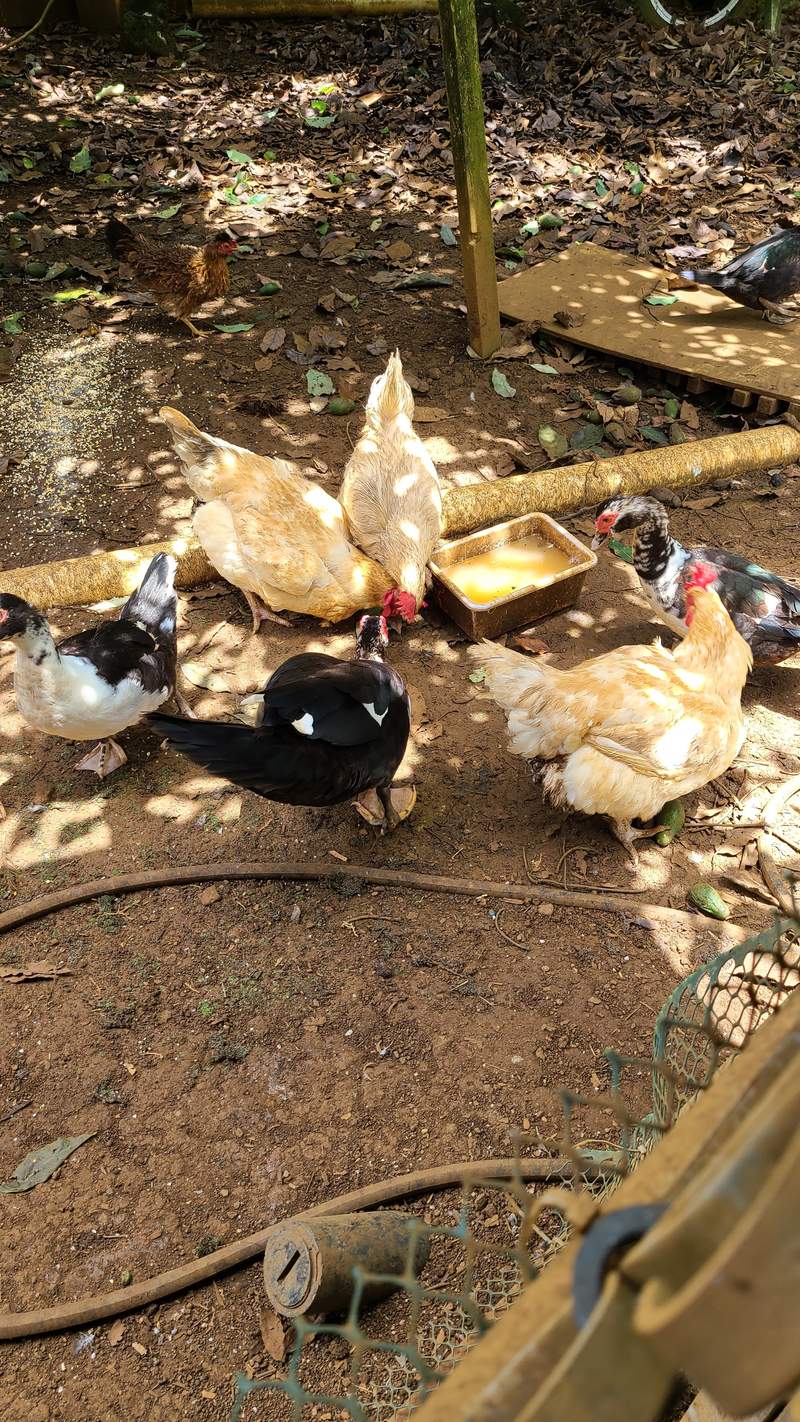 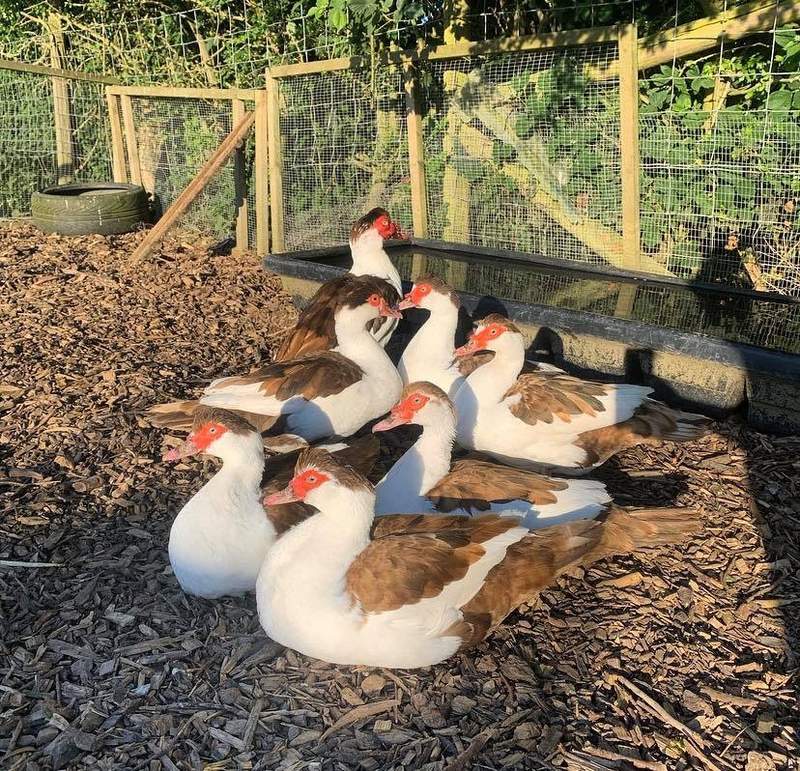 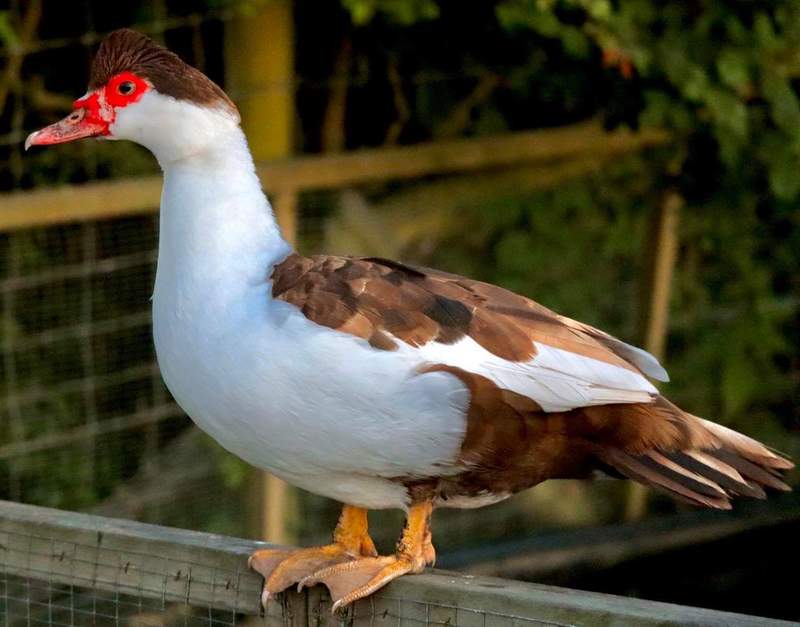 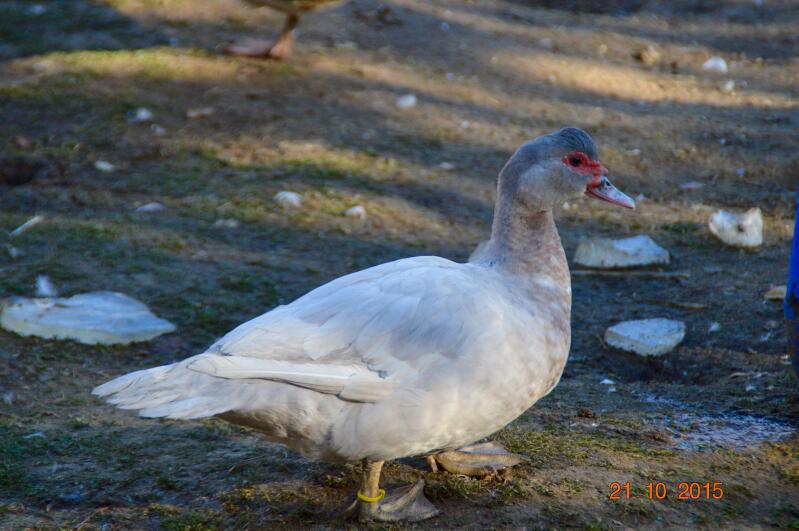 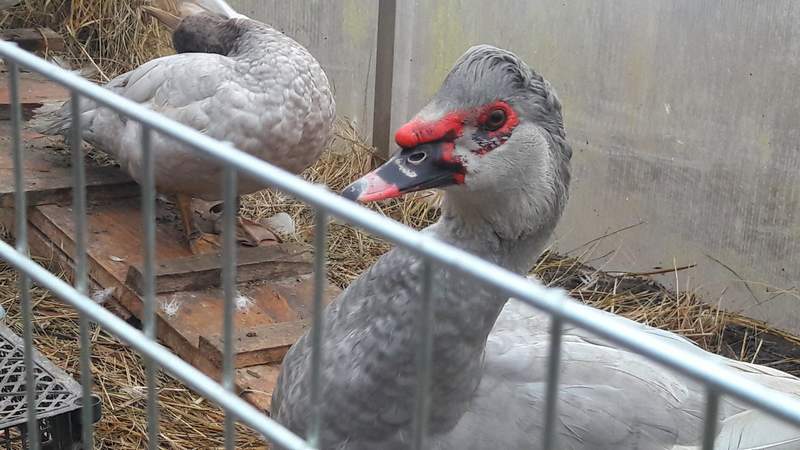 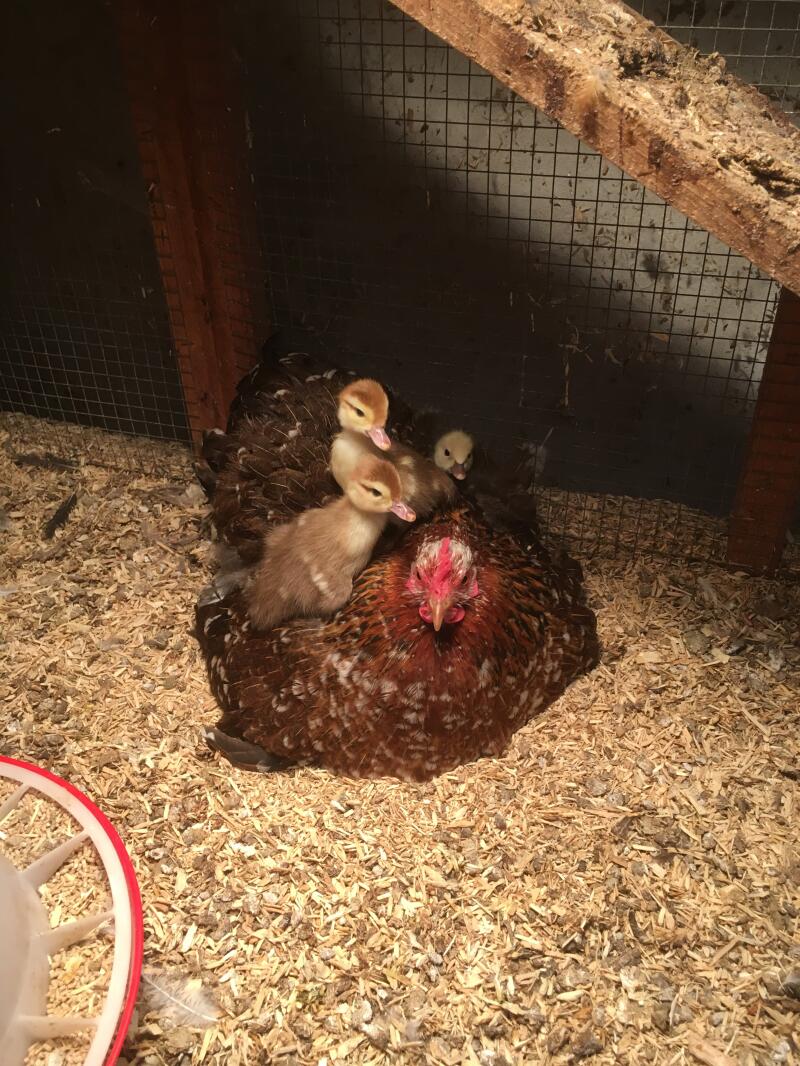 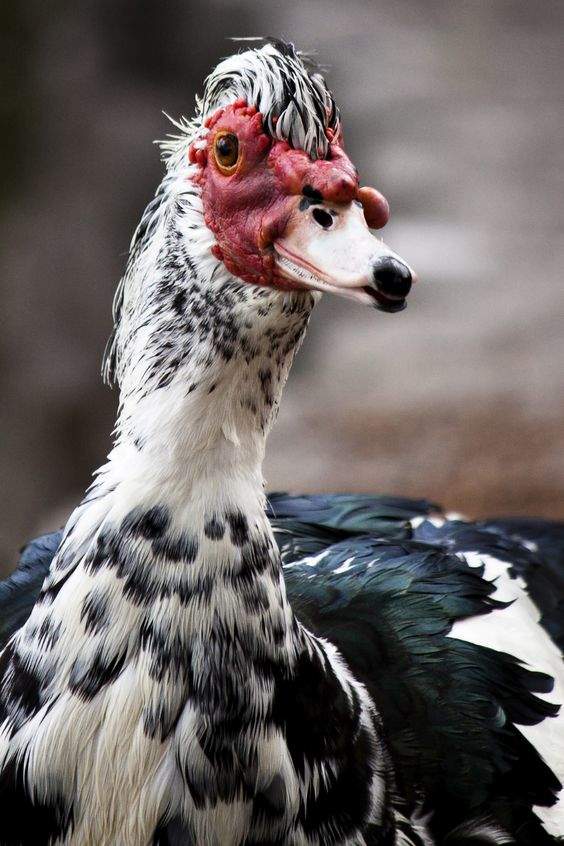 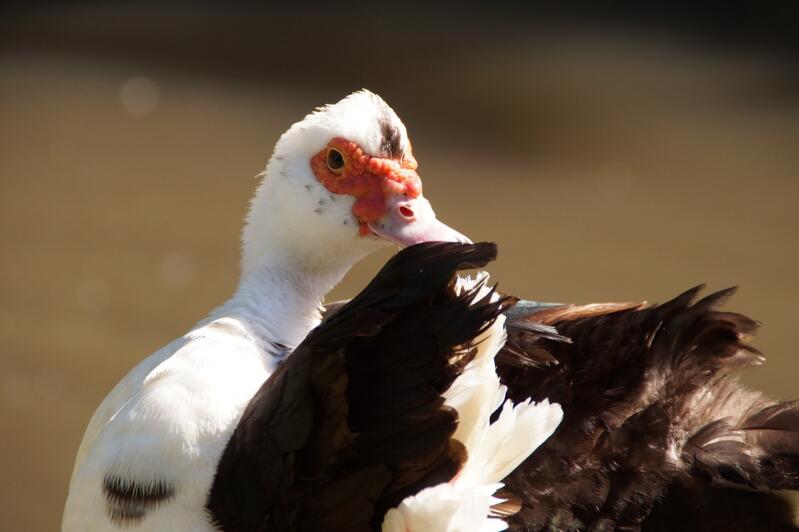 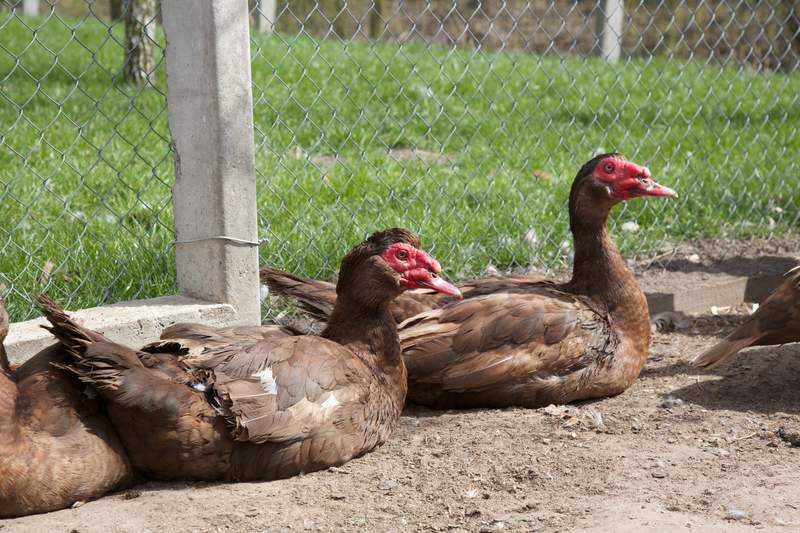 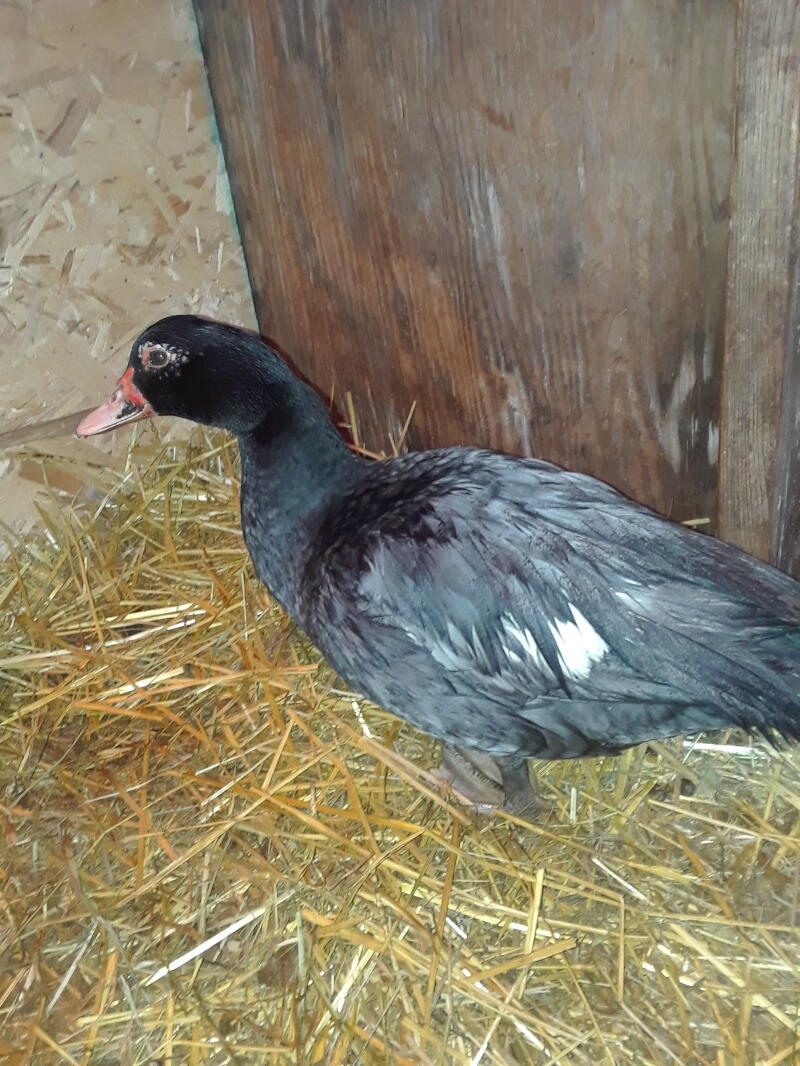 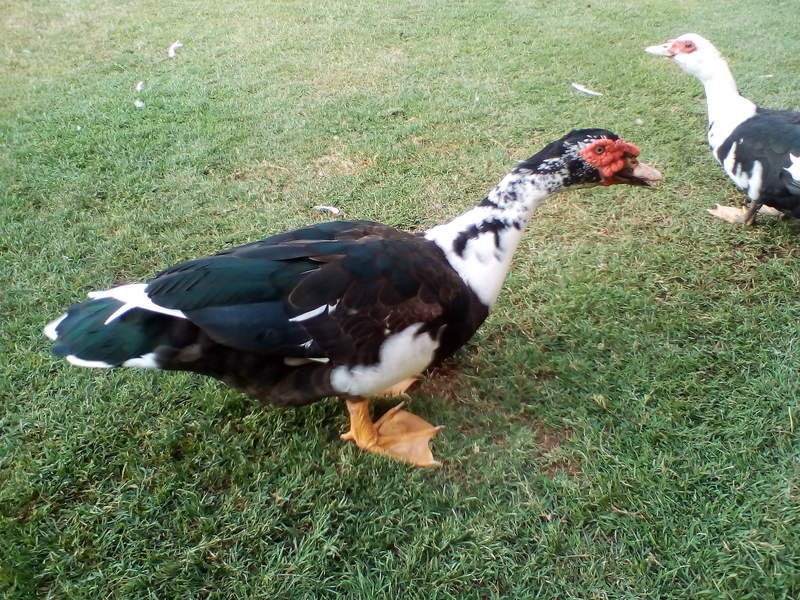 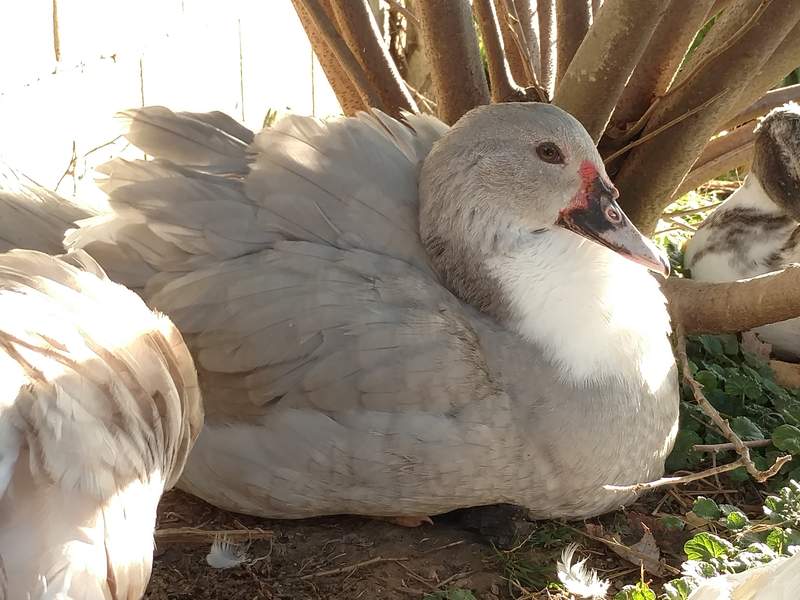 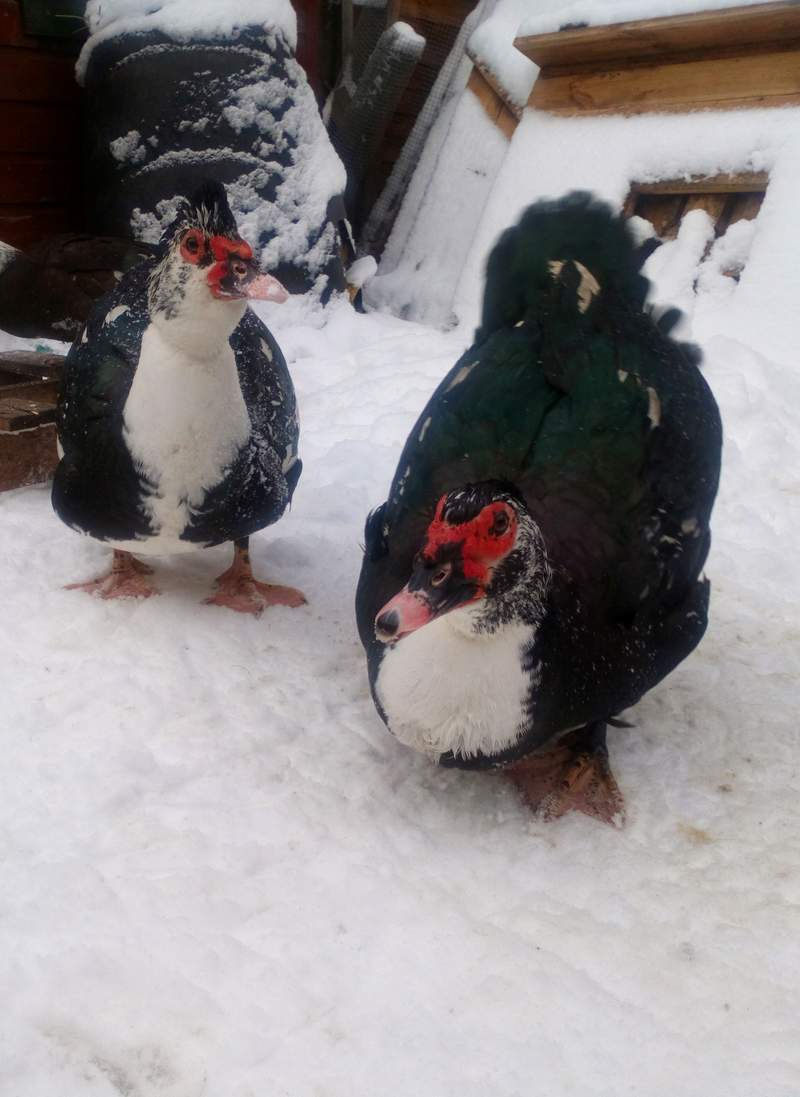 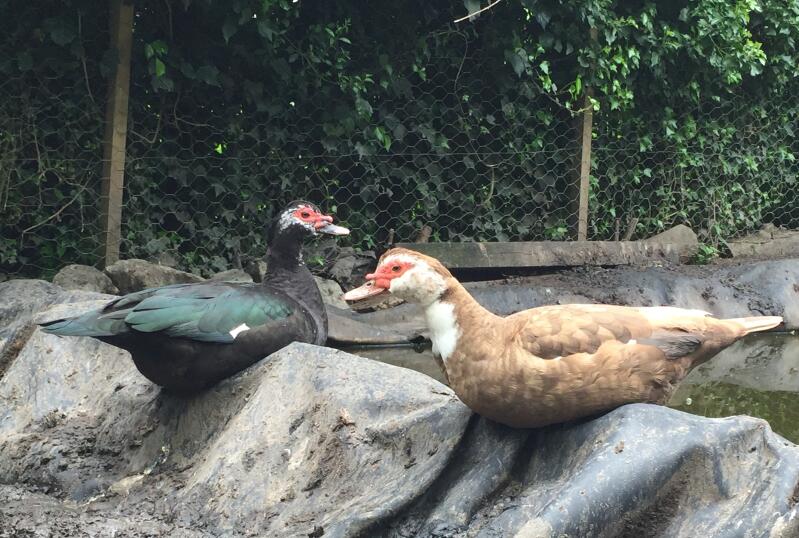 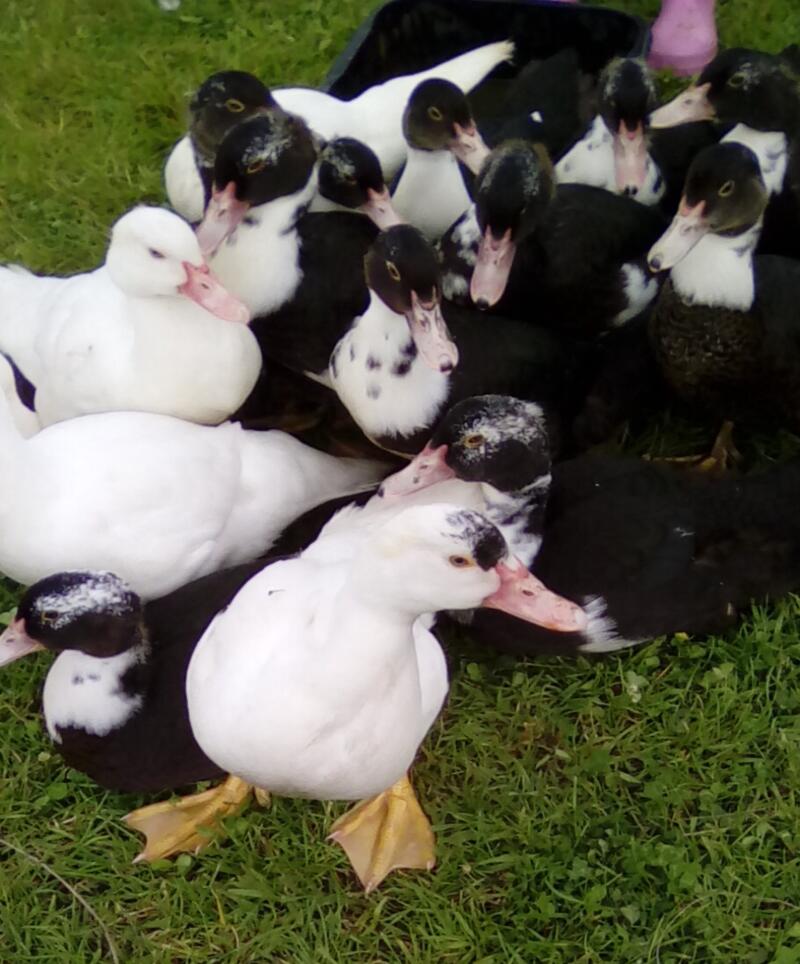 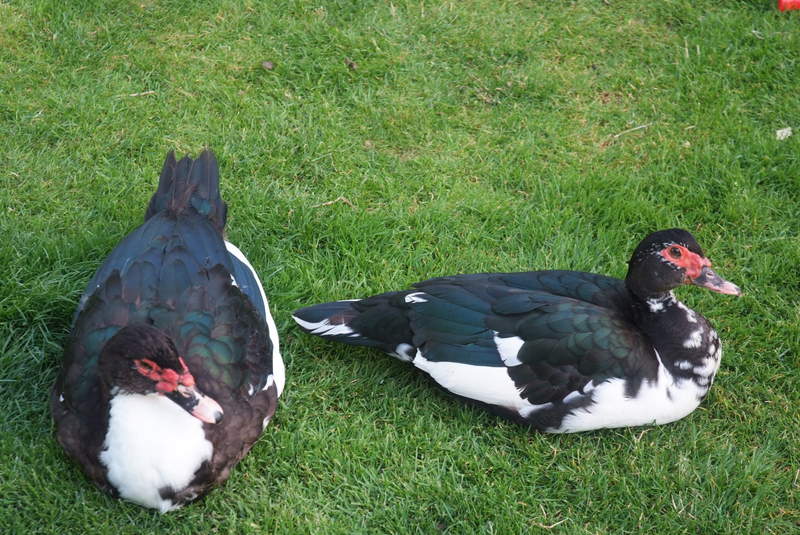 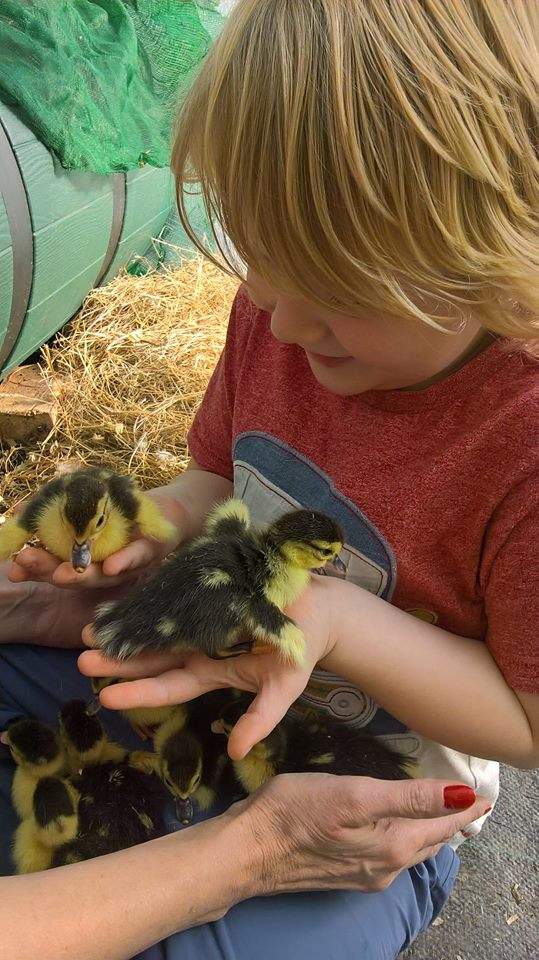 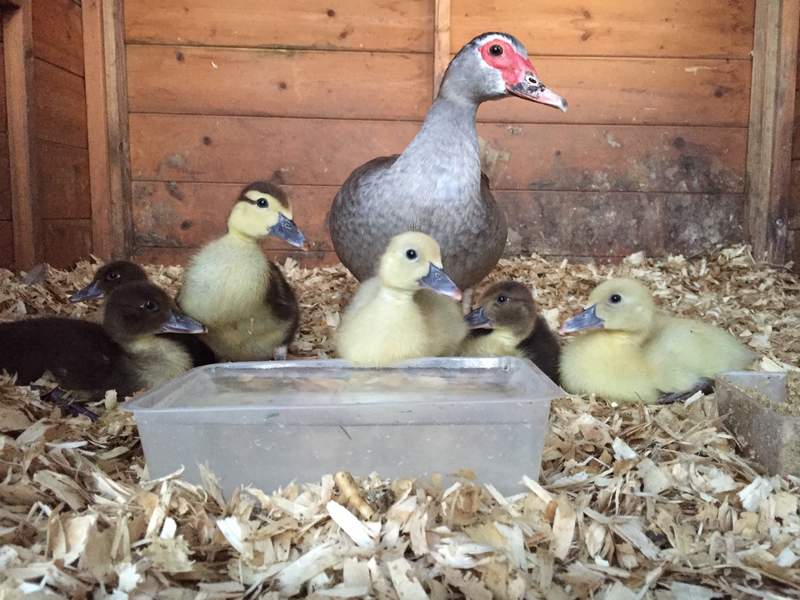 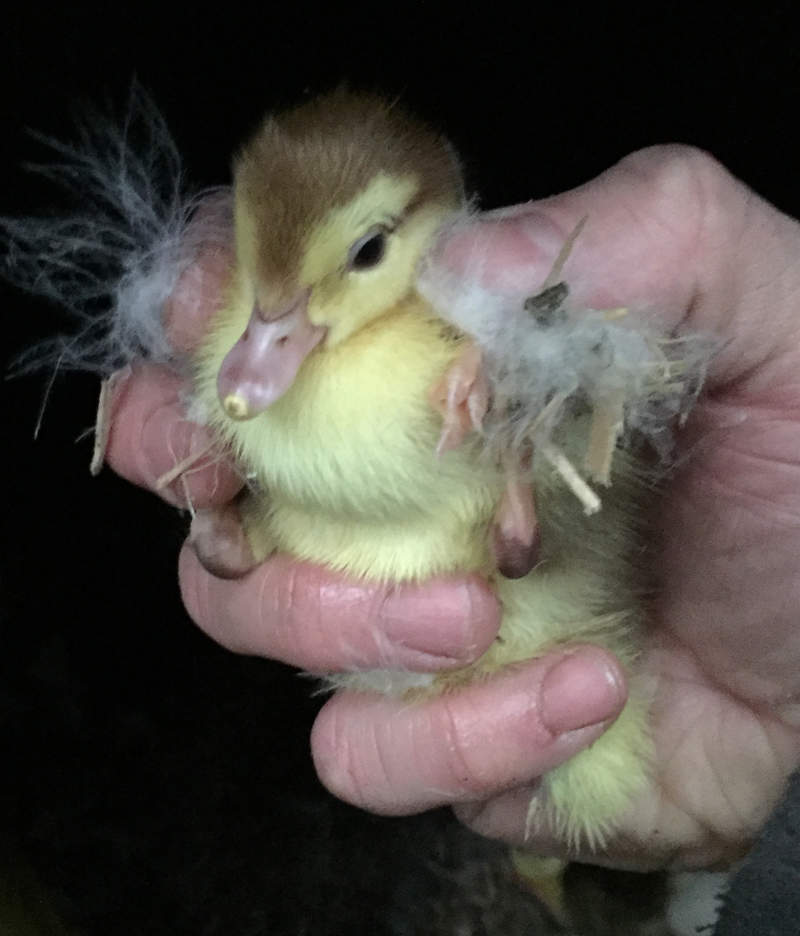 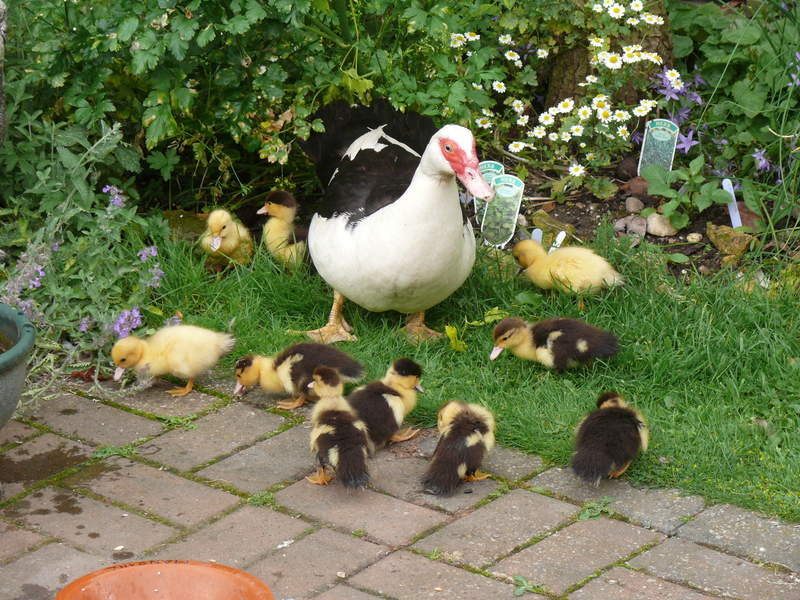 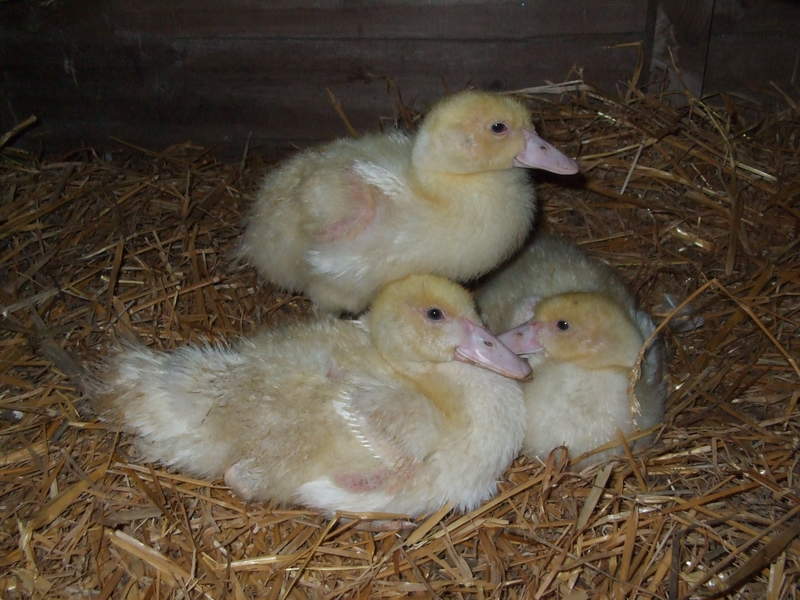 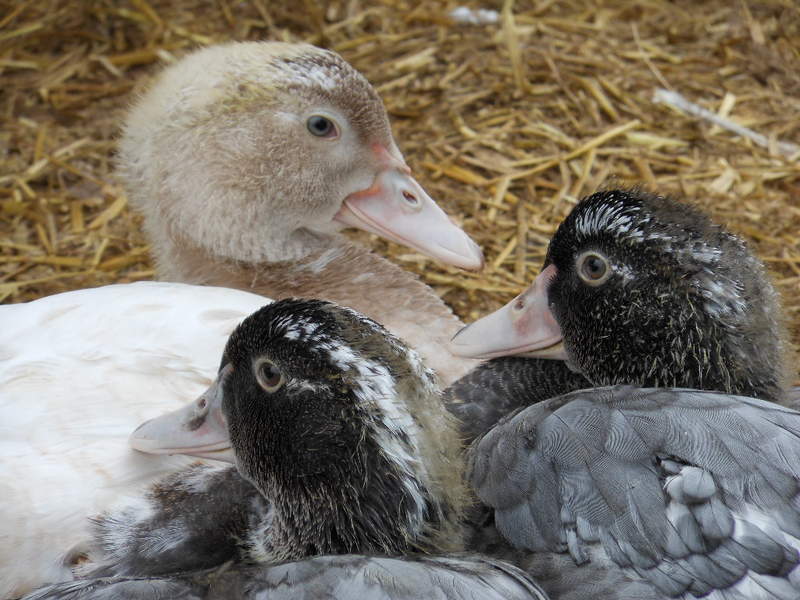 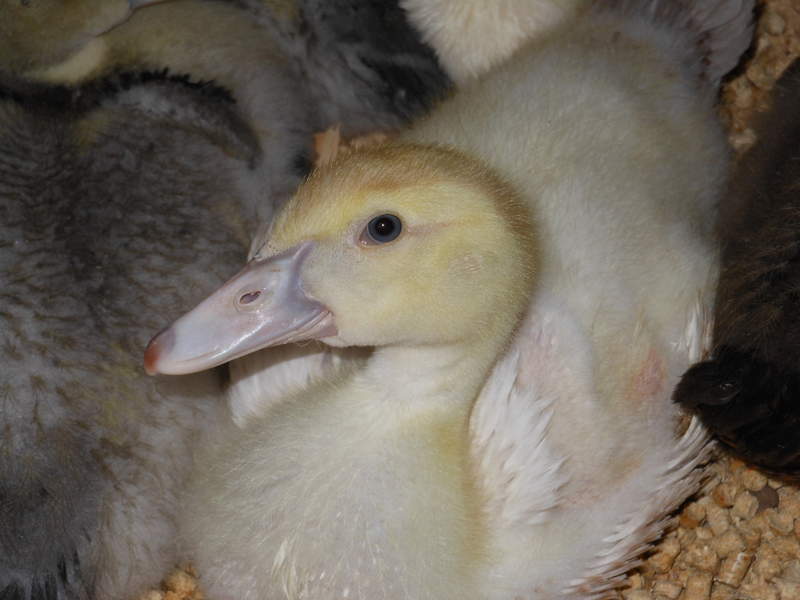 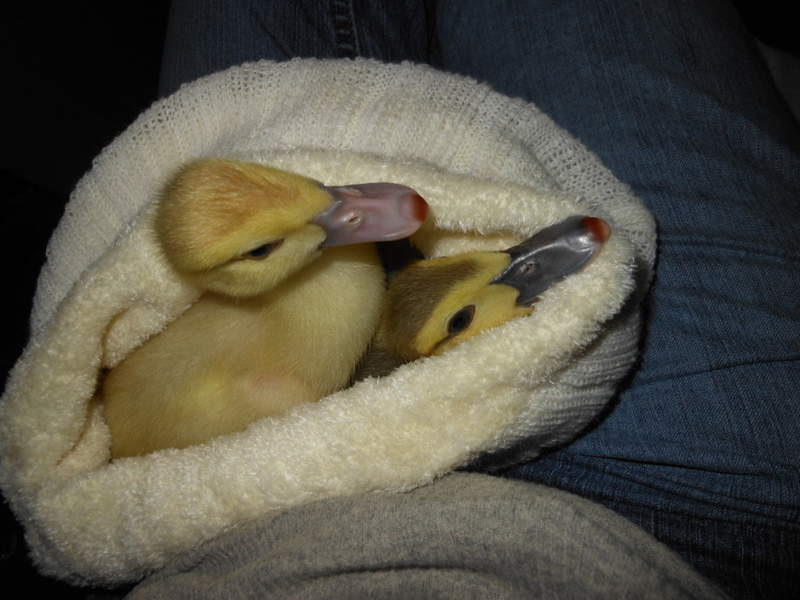 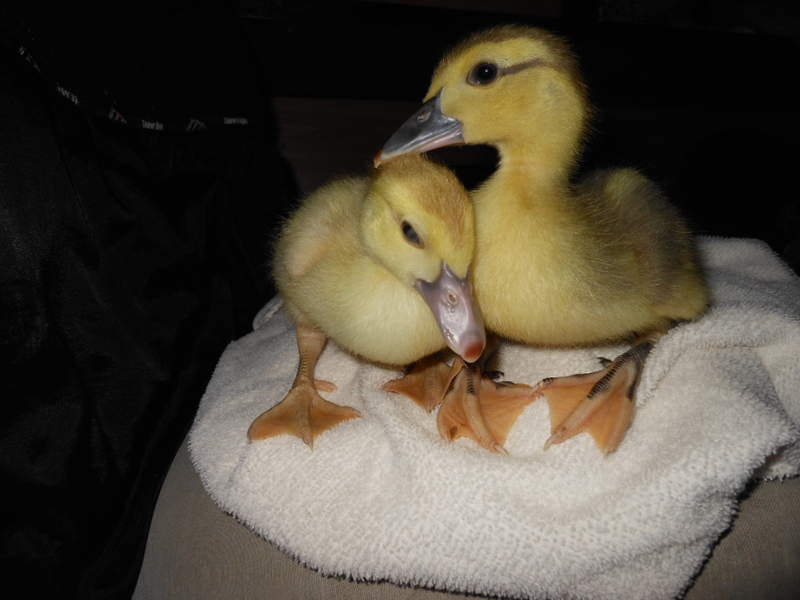 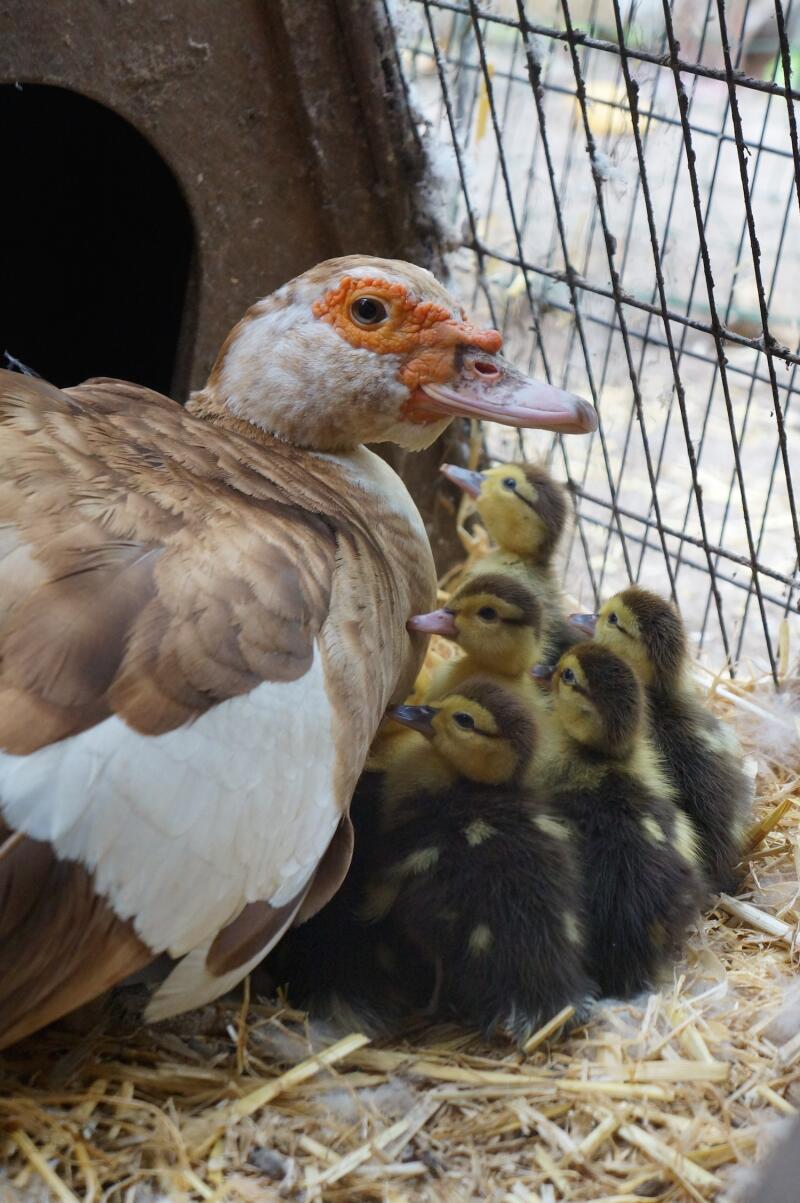 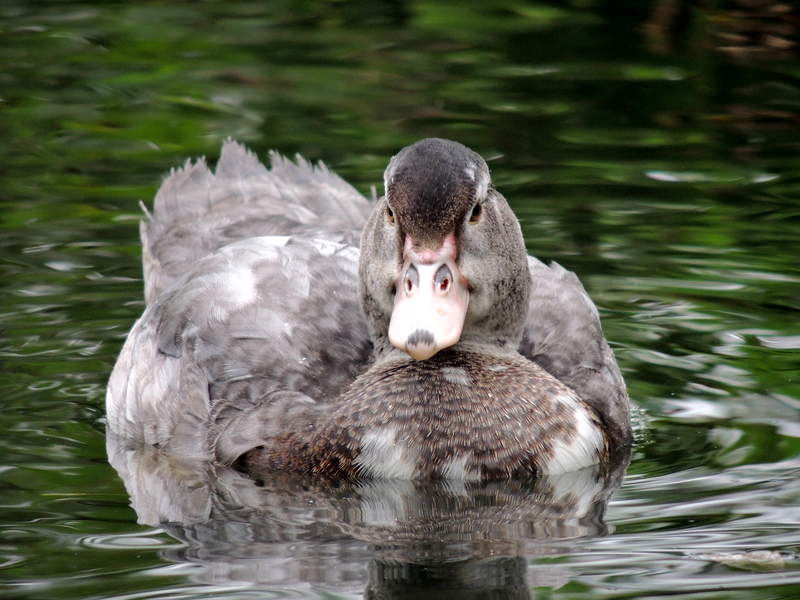 Found him in the streets in the country by a pond when he was little duckling dont ask why i got him hes a fully grown male living in the from being friends with a pig chickens and 2 goats they somehow understand him.

Muscovy's are perfect on a farm with a lake full of mallards they do not disappear off with the wild birds and return to their own duck house every night, if you have enough space you don't need to clip them as they don't fly far. They love wetland and shallow areas best for foraging but also love a splash in the lake a few times a day. They are friendly and wag their tails when they see you. The males make a hissing huff noise while the females make a squeak noise. Males will bite occasionally but it does not hurt and normally because they want some food from you. They lay reasonably well but because of going broody they should not be compared to mallard types who do not go broody. They make very protective mothers, I would say ferocious if you attempt to touch a baby so best not left with children if they have a brood. Good meaty bird, meat is low fat.

The most unique breed of poultry I have the pleasure of keeping on my farm. The drakes are gentle giants easily twice the size as the females and this difference in size can be observed from about 4 weeks of age, making early sexing of ducklings very easy. They are unlike any other duck breed and are full of personality. The females lay reasonably well and if allowed to be free range will return to the same nesting place. Muscovies have a excellent flying ability and will happily sleep on house roofs or on the top of sheds. If living free range they will nest from quiet corners on the ground to the very top of a hay stack. Male to female ratio needs to be low as the males are not overly active. Within the flock males and females will form small family units with the males only mating with a few females. The incubation period of Muscovy eggs is 35 days.

In my opinion, Muscovy ducks might just be the best duck specie. Their facial appearance may take a bit of time to get used to but they are the most lovable birds. Their egg production is good, around 100-150 eggs a year if you don't let them sit. If you want to have a broody, the Muscovy is the breed you are looking for. Also the Muscovy is the healthiest duck meat on the market, 98% or greater fat free. They come in a range of colours and are simply stunning. They don't make quack either, instead they produce a quiet, friendly hiss. They also make the friendliest of pets, often eating out of your hand. I reccomend the Muscovy to anyone who wants to breed, have their own food or simply a pet for life. upperbrookhousefarm.weebly.com

The Muscovy is easy and friendly. They eat all pests and so do not bring the fly problem other pets can bring. They eat veg and so are not good for living in a veg patch, but great on grass. It would be possible to let them into a fenced veg patch to eat slugs, or let them reach through a fence. They do not like most herbs and so are perfect for a herb garden. They are friendly and will come in a cat door if they think of the house as a food source. Female muscovies are very gentle. Males can be tame, but can get beaky, although they are gentler than geese and cocks. They get along with guinea pigs and rabbits and chickens, cats and dogs. The eggs are excellent, the meat from a muscovy is excellent. Kept just as pets they can be a delightful friend, pulling up worms as you dig, taking peas from your hand, but fully hardy. My muscovies shelter in a plastic rain barrel on its side fixed to a stump, with a holes cut in the lid. They need water to wash in freshened twice a week. I have a tub that collects rain water and overflows into my hydrangeas, so I only occaisionly dump out the water and add fresh. I supplement them with wheat under water in winter and growers pellets when young. They love to dabble for defrosted frozen spinach in water. They will denude your pond of all oxygenating plants and frogs and other life unless your pond is very large. I transfer pond weed into their water to make up for having a cover on my garden pond. Altogether a much easier than the runner ducks I used to have. A great pet with the bonus of being very very quiet.