Until recently chicken eggs have been the only eggs commonly available in shops but duck eggs are just as good if not better! They are generally a bit bigger than chicken eggs (see the image on the right, the duck egg is on the top) and are great for eating boiled, poached or fried, used in savoury or sweet dishes.

So why can't I buy duck eggs everywhere?
Just after the Second World War, they appeared in a report on foods that had a risk of salmonella infection and hence gained an undeserved bad reputation. This was despite the fact that many other foods were higher on the list but the duck egg fell from public favour and became increasingly difficult to buy. It is only now that they are starting to make something of a comeback.

So are duck eggs more susceptible to germs?
Ducks eggs have larger pores in their shells that chicken eggs so they need to be cleaned and kept in a sensible cool environment. As a general rule you should use them within 10 days. Have a look at our recipe section for ideas. 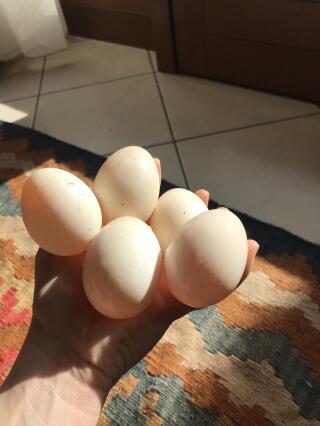 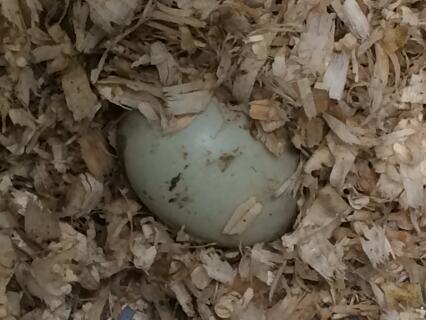 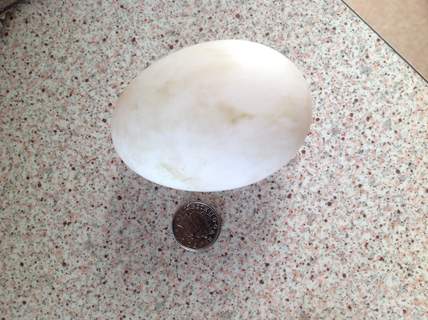 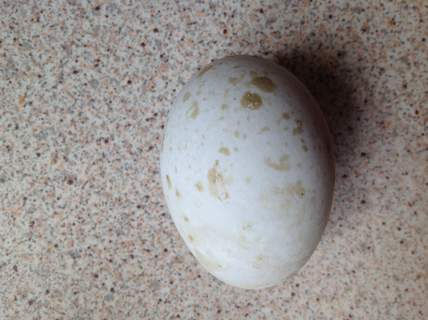 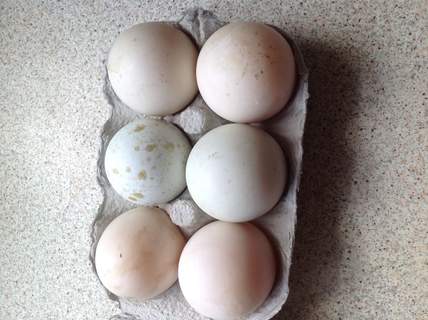 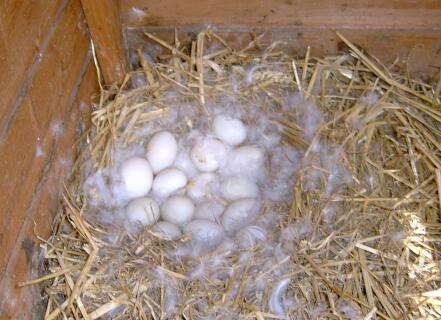 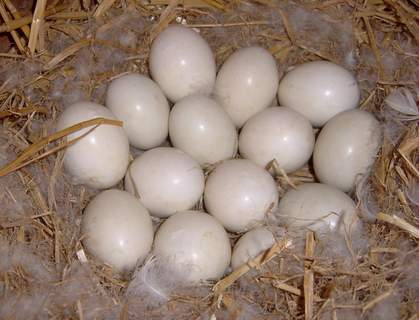 I love ducks and there eggs

is your white egg with brown spots on it a healthy living duck egg that is almost ready to hatch but mainly is it healthy?