Budgies have been making the Australian skies a prettier place for more than five million years. They are members of the highly successful and widely distributed parrot family, which has been around for at least 50 million years, and has been recognisably parrot-like, from a modern birdwatcher’s perspective, for the last 23 million. Parrots are sun-lovers, confined to the southern hemisphere, and Australasia (the region incorporating Australia, New Zealand, New Guinea and the surrounding islands) has more species than any other part of the planet.

Budgies belong to the parrot family


At 18cm long (up to 24cm in some captive varieties), budgies are amongst the smallest members of the family. Their closest relatives amongst the many other parrots that exist today are the lories and lorikeets, and the dainty fig parrots (some of which are even smaller than budgies); but they are the sole representatives of the Melopsittacus genus.

The parrots are the most intelligent members of the bird family (although the crows come a very close second). The part of their brain able to learn and memorise sounds - including human speech - is very well developed. The budgie Guinness World Record holder for speech had a staggering 1,728 words in his vocabulary. Budgies are also able to learn tricks. You’ve probably seen video clips of skateboarding or maze-cracking budgies on YouTube or TV. All of which begs the question: how and why did their intelligence evolve?

As with any question of evolution, the core facts are simple: budgies and other parrots are intelligent because, over the millennia, intelligent birds got to pass on their genes to the next generation, at the expense of less intelligent competitors. If a female budgie is looking for the most adaptable and talkative male (and girls checking out boys is how the matchmaking lottery tends to work in the animal world), the clever loudmouths are going to fertilise more eggs than the relatively slow, tongue-tied ones. This is also why cock budgies are better talkers than hens. 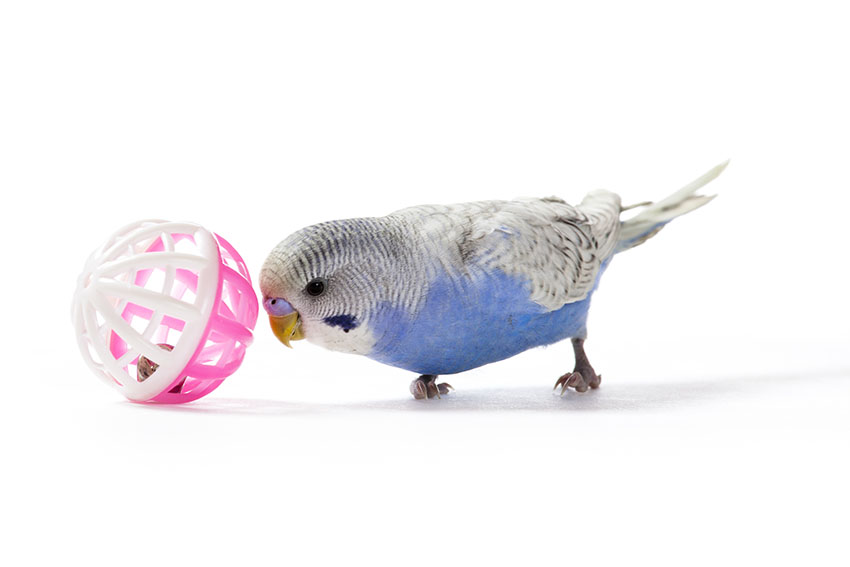 
A budgie's ability to learn tricks, and the fact that it can be tamed, demonstrates the bird's versatility and adaptability. Constantly moving around looking for the best feeding, drinking and nesting sites while negotiating a complex and ever-shifting social structure requires the ability to adapt quickly and ‘think on your feet’. In captivity this manifests as a clever ability to take on new challenges - including befriending humans and mastering a skateboard or puzzle.